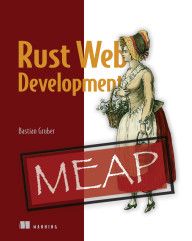 Why Rust? - The Type System

Need a reason or look for arguments to use Rust for your next project? I collect reasons in the "Why Rust" series. This time, we look a bit at the type system.

Rust is a strictly typed language, with a flexible way of expressing yourself. You can define your own objects (struct):

We already see here that we can improve this piece of code by giving it more meaning. We can add additional structures around information like address and name:

But what if we don't have the age or address of a user? Rust has Enums as well. One popular one is the Option enum, which gives you the ability to express if something has a value or not. So no null pointers or undefined in Rust:

We can see it in action in our user struct:

We later on can check in our code if an object has a variable set or not, and the compiler errors if we try to access a variable which might not be set:

Implementing behavior on these types is done via so-called impl block: